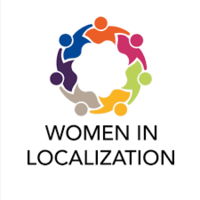 Current hands-on CEO, Dr. Vorsatz's main goal is to ensure the quality of all material produced, within the stipulated deadlines and specifications.

Graduated in Medical School with a specialization in Infectious Diseases, both courses attended at the Universidade Federal Fluminense, and with extensive experience in Infectious Diseases, HIV/AIDS, Clinical Research and Emergency Medicine (20,000+ hours on duty in the latter), she has worked as attending physician in wards, outpatient clinics, centers of excellence in medical research, Emergency Services in General Hospitals, Emergency Care Units, and at the Rio de Janeiro City Street Population Assistance Program, having an extensive experience of the Public Health System structure and functioning in Rio de Janeiro.

Dr. Vorsatz held a private practice from 2003 to 2019, having moved from her regular care activities to devote herself to clinical coaching, for medical doctors and patients alike, acting as a specialized second medical opinion in cases of the highest complexity. both to hospitalized and outpatients. She still treats her former patients through telemedicine.

A polyglot with a keen interest in languages ​​and a self-taught translator since 1980, Dr. Vorsatz has extensive theoretical and practical experience with all the stages of production, writing, research, translation, transcreation, editing, post-editing, and scientific review of medical texts.

Dr. Vorsatz has been in this business well before the opening of her company in 1996 that she still runs currently.

She is a member of:

In January 2021 she started a new etymological daily series called #PALAVRADODIA aiming at familiarizing medical translators with Greek and Latin prefixes, radicals, and suffixes used in the current medical language.

In February she started a new series on post-editing called Hoje tem #postediting, pointing out localized solutions for the Brazilian medical language for MT medical translations from English to Brazilian Portuguese.

All posts from the three series are available as a monthly updated free glossary (sdltb, xlsx, or csv) that can be downloaded, and at the site with a search tool allowing access to all posts.

In her weekly newsletter called Dois dedos de prosa she updates some of the themes of the series.

Dr. Vorsatz makes volunteer work as a medical interpreter for COVID-19 patients and doctors as part of the Interpret-Vol pro bono initiative and participates in the voluntary mentorship program at Women in Localization.

Since late 2019 she has been working on the Brazilian version of the Libro rojo — Diccionario de dudas y dificultades de traducción del inglés médico de Fernando A. Navarro, published by Cosnautas.